I believe autonomy is important. I like to think I have personal autonomy. I also think it important as a political end to be promoted by institutions in our wider society.

This article is a reflection upon autonomy.

The etymology of "autonomy" is derived from Greek for "autos" (self) and "nomos" (rule or law). It was originally applied to city states where citizens were free to live by their own laws rather than laws imposed upon them. Unsurprisingly, my dictionary defines autonomy as, "the power or right of self-government; self-government, or political independence, of a city or a state".

However, it is personal autonomy, as applied to individuals, that I am interested in exploring.

An autonomous person is, "obedient to a law that one prescribes to oneself" (to paraphrase Rousseau). Such a person leads their life in a manner that is consistent with a set of beliefs, values and principles that are the outcome of reflection and self evaluation. As Socrates famously said, "the unexamined life is not worth living". Furthermore, an autonomous person is not only capable of considering, deciding and acting but does so in all three cases. To act without self-reflection - perhaps out of habit or because of an unthinking obedience to received "normal" modes of behaviour - is not autonomy. 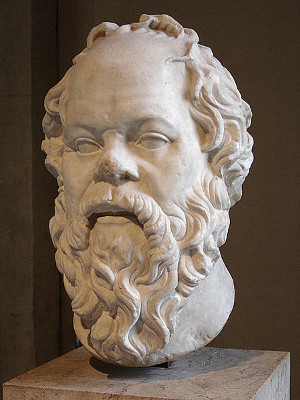 For someone to possess autonomy not only should they have the capacity for self-reflection but they should have the additional two external requirements of freedom to act without imposition and freedom to act according to their principles. Perhaps the most famous description of such freedoms can be found in Isiah Berlin's essay, "Two Concepts of Liberty" (Berlin uses the words "freedom" and "liberty" interchangeably) in which he defines positive and negative freedom.

Berlin introduces these concepts by relating each to a question:

Put simply, negative liberty is freedom from coercion or interference. Berlin qualifies this by claiming that coercion implies deliberate interference from others. As Berlin puts it,

If I say I am unable to jump more than ten feet in the air [...] it would be eccentric to say that I am to that degree enslaved or coerced. You lack political liberty or freedom only if you are prevented from attaining the goal by human beings.

In the context of autonomy, negative liberty affords the opportunity for self reflection or decision making on one's own terms. As Berlin points out, in a wider sense one's "freedom" to act may be limited by laws of nature but this is not our focus. Rather, we're concerned with coercion interfering with our intent to act in such-and-such a way.

Alternatively, positive liberty is the freedom to act in a particular way. It is the capacity to act based upon one's own choices and reasons. Berlin insists,

I wish to be the instrument of my own, not of other men's acts of will. I wish to be a subject, not an object; to be moved by reasons, by conscious purposes, which are my own, not by causes which affect me, as it were, from outside. I wish to be somebody, not nobody; a doer - deciding, not by external nature or by other men as if I were a thing, or an animal, or a slave incapable of playing a human role, that is, of conceiving goals and policies of my own and realising them.

Why only one? It's possible to act autonomously but only enjoy one of the two sorts of liberty. For example, I have the positive freedom to choose to drive on the wrong side of the road, and, under certain rare circumstances may choose to do so although I ought to expect curtailment of my negative freedoms via coercion in the form of the police. Alternatively, I may enjoy the negative liberty to be free from coercion when applying to one or another university but the decision concerning my offer of a place does not rest with me (a positive freedom to attend). It's the decision of the institutions to which I applied.

But are these freedoms the same as autonomy?

No. The will to act is missing - the capacity to take advantage of such liberties. Consider the following, as a result of misinformation, misunderstanding, habit or deception a person may not realise they have liberty to act in some way or another. Perhaps they come from a town where there are "Keep off the Grass" signs in every park and so they mistakenly believe that this rule is the case for their current location when no such rule is advertised or even exists. They are at liberty to walk where they will but don't because of their ignorance. 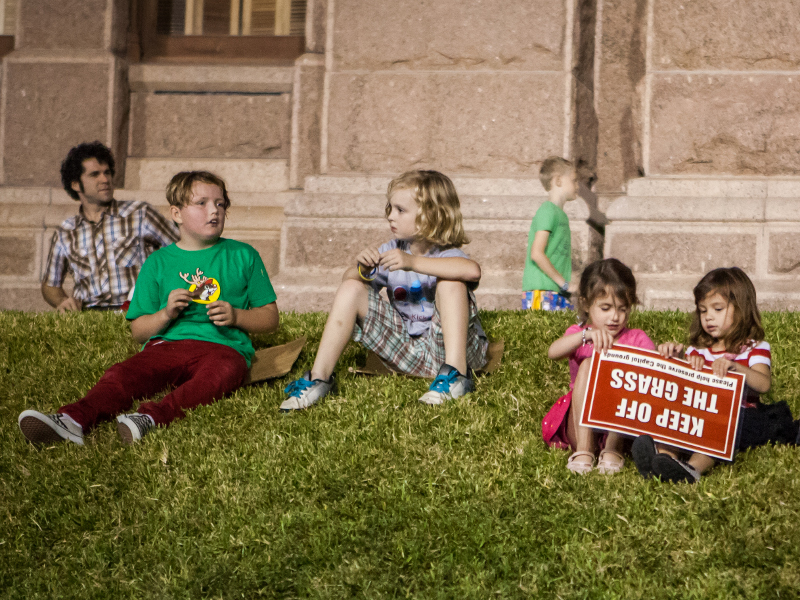 Therefore, there is a need for an open, enquiring and imaginative mind used to engaging in reflection in order to discover and decide to take advantage of such liberties.

And so we come full circle back to the capacity for self-reflection.

Unsurprisingly, I believe such an outlook ought to be encouraged at school, via institutions such as professional organisations and facilitated by the technology we invent, build and deploy.

Autonomy can also be paradoxical: strangely, I may act autonomously to curtail the freedoms needed to act autonomously. For example, I may freely choose to join the army causing me to live a necessarily un-autonomous life.

Furthermore, we regularly curtail our own and each other's autonomy in order to act autonomously: this is perhaps best encapsulated in the term "wage slave", a situation where one is forced to work in order to earn enough to pay for some other thing perceived to be more valuable than one's current autonomy (such as a mortgage, family holiday abroad or merely earning enough to make ends meet).

More puzzling still, many are paid to curtail other people's autonomy: I'm often asked to design software that is purposely limited until you pay money - and even then it is only designed to work in a specific pre-defined manner (for example, you have to pay to join a dating website, and even then, you're limited by not being able to contact your potential dates directly). This is politely (and mistakenly) called "business", but an (understandably) cynical person would prefer the term "exploitation".

Finally, exercising personal autonomy is how we decide and act upon life's big questions of a political, ethical and personal nature. It is this reason, ultimately, that explains why I believe it to be such an important attribute. It's also why the promotion of autonomy is the stated primary aim of the drogulus.