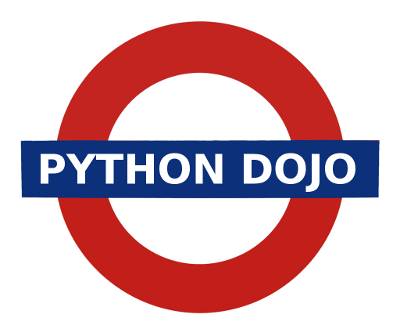 @ntoll Hey Nicholas, any chance I could get some advice from you on how to run an awesome coding dojo?

I helped start the London Python Code Dojo with Jonathan Hartley and Bruce Durling because I was learning Python and wanted to meet people I could learn from. Therein lies the essence of the dojo: a place to learn with/from other people.

The original dojo concept is explained at the codingdojo.org website. We started out with every intention of following the instructions. However, we've let our imaginations run and evolved the meetings to our group's dynamics and interests. If you run a dojo, so should you too (adapt).

Whereas codingdojo.org is quite formal and focussed on test-driven development (TDD) we have changed things in three major ways:

Although I practice TDD I personally dislike pushing any "one true" methodology on people. There are times when TDD is the worst thing to do (I'll explain why in another blog post) and I personally feel it's important to let people discover so-called good practice for themselves by observing it in use rather than being told to do it.

It soon became clear that encouraging noise, debate and "creativity" leads to a buzz in the room and lots of energetic intellectual interaction between participants. I once overheard someone (it might have been Tom Viner but I might be wrong) explain that the London Python code dojo is to the original dojo concept as an improvisation in a jazz club is to a string quartet recital.

So here's the London dojo recipe:

If you want to know more, come to a dojo! Alternatively, you may be interested in the slides from a presentation I gave at Europython in 2011 on running the code dojo:

Last, but definitely not least, many thanks to my co-dojo-cat-herders Tom Viner, Tim Golden, Jonathan Hartley and Bruce Durling